Last night, I went with my family to see Rogue One: A Star Wars Story.   Prior to the film, there were two commercials.  The Google ad celebrated the beauty of diversity and togetherness.  The Apple ad was a clear statement that we should push past our fears of the different and take the time to help those in need who do not look like us. When we do that, we will find that we share a common humanity, no matter how different we appear.  These themes are not only appropriate to the season, but are also expressed in the film. 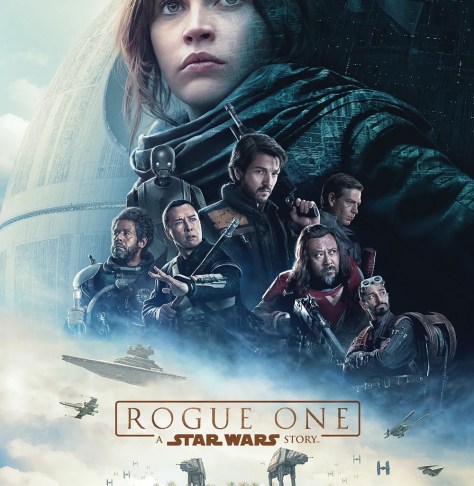 Prior to watching the film, I’d read some posts that noted that white supremacists were not at all happy with the film and wanted to boycott it.  Having now viewed the film, I can see why they might be ticked off.  The Empire evil-doers are all white males.  I did not see any females, white or otherwise, among the Empire leaders and rulers.

Rogue One is clearly making the point that when white males are in sole charge, the Galaxy is at risk.  It takes diverse men and women working together to combat white male dominance and save the Galaxy.

The Empire built the Death Star to make resistance futile.  But the Rebellion shows that resistance is not futile.  Diversity that Builds Bridges can resist White Supremacy that Builds Walls.