Last night while checking out what’s new on Netflix, I came across the Cleverman series.  Fortunately for me, the first season has only six episodes as I binge-watched the entire series and got to bed pretty late. 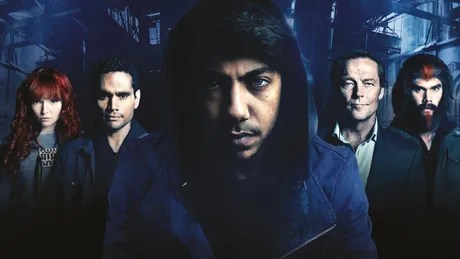 The series takes place in a near-future New South Wales, Australia with a cast that is of at least 50% Aboriginal ancestry.  A population of humans that is hairier and stronger suffers under the extreme ethnocentrism, racism, and bias of a large portion of the non-hairy population.  The series explores these issues along with ‘medical’ experimentation that resonated with a discussion I’d had earlier that day with my students about the Tuskegee Syphilis Study.  In addition, the various subplots are connected by the spiritual practices of The Dreaming.

I strongly urge you to watch this series.  It makes you think and, for those who are not Australians, it gives you a fascinating glimpse into another culture.